Cut Class: Can You Get a Programming Job without a Degree?

Hey, sometimes time gets away from us.  As they say, “life happens,” and when it happens, we tend to put our bigger dreams on hold so that we can deal with more pressing issues. Unfortunately, some dreams have deadlines—or at least we assume they do.

There are people around the world who are stuck in jobs they hate. According to Gallup, 85% of the world’s full-time workers (and 70% of American workers) are disengaged at work. So what happened to their dreams? Why don’t they find something that they can enjoy? Often, the answer to that question is that they just don’t have the opportunity.

Or rather, they think that they don’t have the opportunity.

For those who’ve already gotten a degree and settled into the workforce, going back to school to pursue other career options can be a very daunting prospect. Another 2-4 years, with an average overall cost of $25,290 per year, may be more time and money than you have available to spend. But getting another degree isn’t the only path to a more rewarding career. In fact, in some cases individuals can get the specialized education they need, quickly and for a fraction of the cost.

If you’re looking for something that pays well, is in high demand, and that offers enough challenges and experiences to keep you interested, then maybe a career in programming is the answer.

What Does a Programmer Do?

At the most basic level, a programmer is a person who writes computer programs. However, that description hardly scratches the surface. Programmers are responsible for working with designers to create computer software and applications. To do this, they rely on various programming languages—HTML5, CSS, .NET, GitHub and JavaScript being some of the most common—to give computer specific instructions to follow. Programmers are also responsible for testing programs to locate and resolve errors. On the daily, programmers have scrum meetings and implement DevOps to do their job more efficiently. 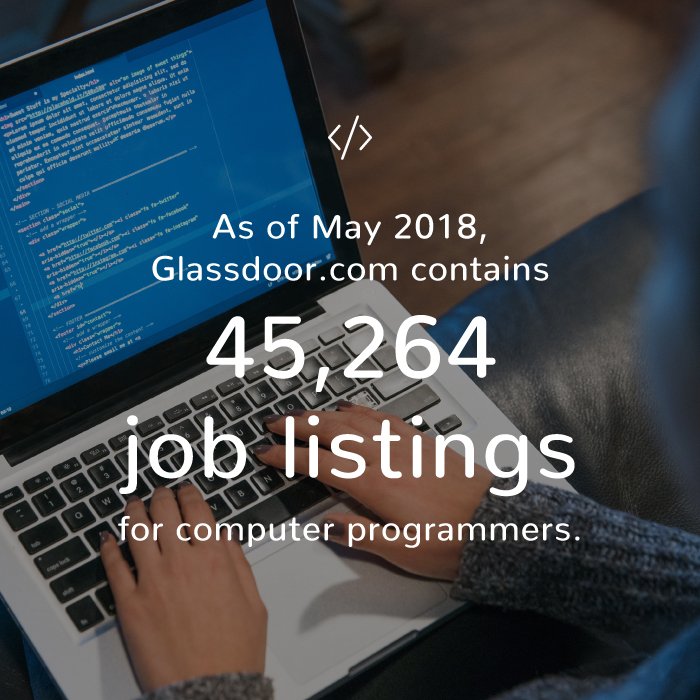 Programmers are found in nearly every industry. As of the publication of this post, Glassdoor.com contains 45,264 job listings for computer programers, with employers including big names such as Sony Playstation, AT&T, Ikea, and more. And opportunities aren’t limited to traditional business institutions, either. Everything from sports teams to educational facilities, governments to nonprofit organizations, need skilled programmers. The demand is there, and as computer technology becomes ever more integral to our modern lifestyles, that demand is only going to increase. 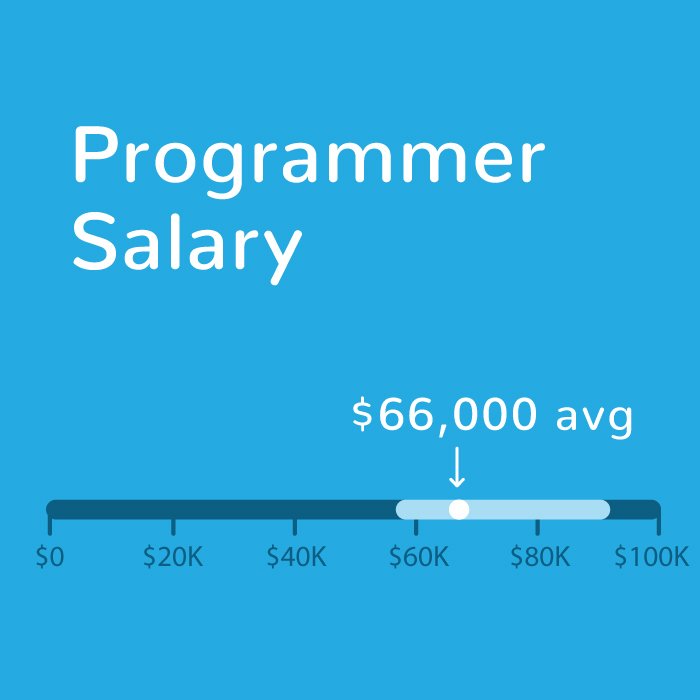 As for pay, the average annual programmer salary is $66k, but in some locations that can reach as high as $90k.

But while demand and salary are certainly advantages, are the associated jobs really that rewarding? Well, the Forbes’ “Happiest Jobs of 2017” includes technical leads and .Net developers—both of which are “programmer” positions—in its top ten list. What keeps most programmers engaged are the challenges and the variety of the work.

OK. We’ve established that computer programming is a good career choice. But for those who aren’t interested in going back to school to earn a new degree, the question remains: Can you get a programming job without a CS degree?

Can I get a job as a programmer without a degree?

This is where coding bootcamps come in.

Coding bootcamps are technical training courses that focus on helping students acquire proficiency in the coding languages needed for jobs related to computer programming and development. These courses are generally high-intensity, hands-on learning environments that produce certified coding experts, ready to make the transition from student to professional. Where colleges offer well-rounded education touching heavily on theory and related knowledge, coding bootcamps get right to the most important skills that computer programmers need to excel.

But in addition to maintaining focus on marketable skills and providing real-world instruction, the main benefits of coding bootcamps are the reduced course lengths and the lower tuition costs.

The average bootcamp course costs $11,400 and lasts for approximately three and a half months, after which graduates are fully prepared to begin working as programmers. This means less time spent in school, less money spent on tuition, and a more direct path to an engaging career change. Additionally, by taking a lot of traditional education requirements out of the equation, bootcamps level the playing field and make programming available to more people. 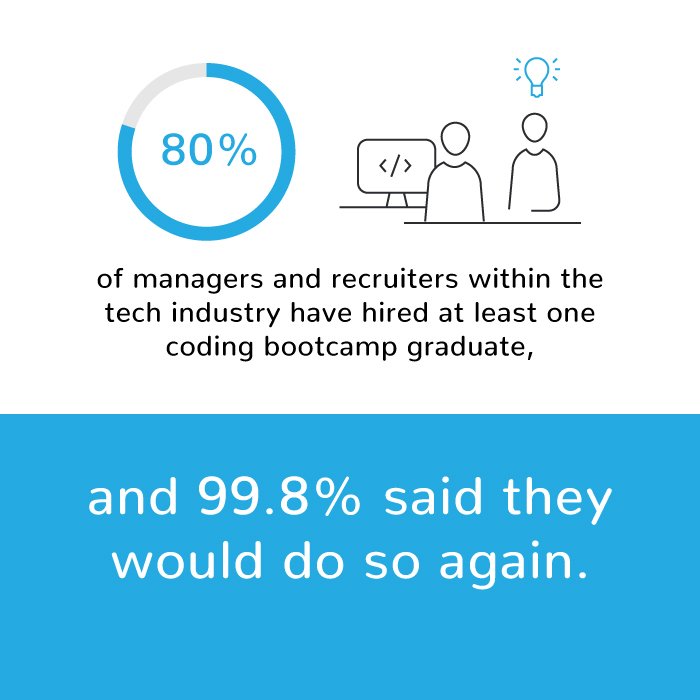 Again, yes. While every employer is going to be different, a recent survey revealed that 89% of employers think that bootcamp graduates are just as prepared, or even more prepared, to be high performers than computer science degree holders. Likewise, 80% of managers and recruiters within tech-industry companies have hired at least one coding bootcamp graduate, and 99.8% said they would do so again. So, if you’re hoping to land entry-level programming jobs without a degree, coding bootcamp may be the way to go.

Can you get a programming job without a degree? Yes you can, and if you aren’t happy with your current career, then now’s the time to act. Don’t let education prospects hold you back from the profession that you deserve.

As long as you have the drive and willingness to learn, coding bootcamps can give you the experience and skills you need to make that change.