How to Be a Developer

So, you want to be a developer? Or, maybe you’re just considering it. Either way, here’s a few reasons why becoming a developer is a good choice:

1. There is a huge demand for web, application, and software developers across all industries. In fact, developer jobs are expected to grow 24% from 2016 to 2026. This growth is much faster than the average rate among other professionals.

2. There aren’t enough trained professionals to fill the available developer jobs. The number of U.S. college students who pursue degrees in computer science has been hovering around 2.5% since the early 1980s. Considering how much the tech industry has grown since the 1980s, it’s surprising that more aren’t pursing a computer science degree.

What does a developer do?

There are many different types of developers today. Some of these developers include web developers and iOS developers.

To get more information on the different types of web developers, check out our infographic.

iOS developers create applications for Apple products such as the iPhone, iPad, etc. Some iOS developers have entrepreneurial drive. But, whether you’re trying to start your own business or land a job at a company in the tech industry,  iOS development is an exciting career full of lots of opportunities.

What kinds of skills do you need to be a developer?

How to Get Started

There are three different ways you can become a developer. You can either get a C.S. degree, train yourself, or go to a coding bootcamp. 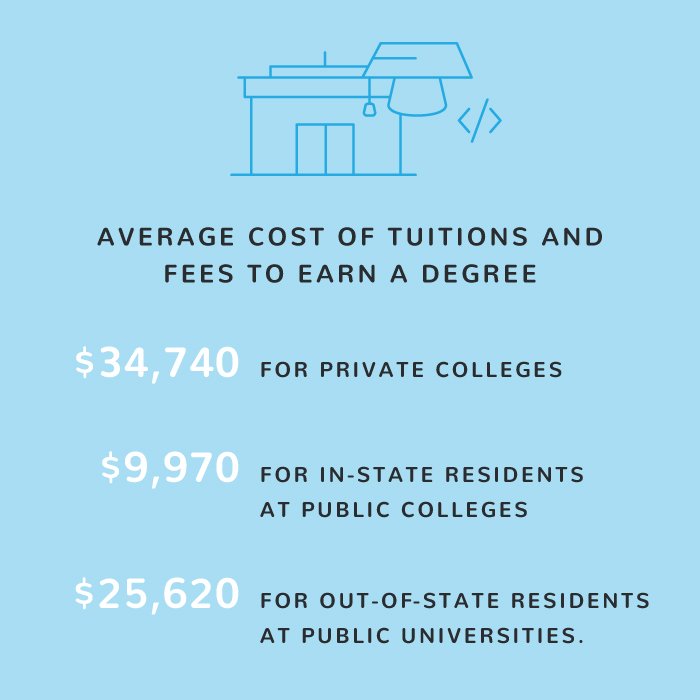 Getting a C.S. degree is a great option for getting the skills you need to become a developer if you have time and money. C.S. degrees can take 2-4 years, depending on how much time you dedicate to your studies. The yearly average cost of tuitions and fees to earn a degree is $34,740 for private colleges, $9,970 for in-state residents at public colleges, and $25,620 for out-of-state residents at public universities. If you are willing to spend the money and give the time, a C.S. degree will give you a well-rounded education. 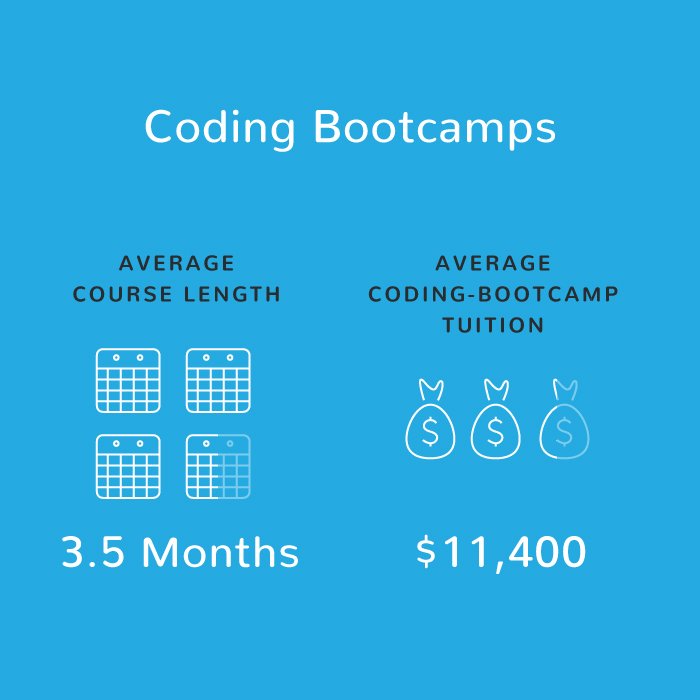 The average cost for a coding bootcamp is $11,400 and takes about 3.5 months to complete. While bootcamps don’t offer degrees, they do demonstrate to employers that you have taken and passed coding courses, and that you have an educational foundation to your coding experience. Some coding bootcamps offer some sort of certification at the end of the course. When you are ready to join the workplace, 89% of employers believe that bootcamp graduates are just as prepared, or even more prepared, than degree holders.

Although there are a lot of developer jobs out there and not enough qualified people to fill those jobs, you will still need to take into consideration the following steps to find a job.

Before you can even start applying for jobs, you will need to put a portfolio of your work together. A portfolio should showcase all the work you’ve done related to the type of job you are applying for. If you attend a coding bootcamp, use the mentors and instructors to make sure your portfolio is what employers are looking for. There are also some online resources available to help you know what to include in your portfolio.

Once you feel like your portfolio is ready to be seen by employers, you will have to find jobs to apply for. Coding bootcamps often hold hiring events for their alumni. At these hiring events, alumni have the opportunity to connect with tech companies looking for developers. You will want to bring your portfolio—if you have a physical copy—and resume to these events. Attending developer meetups, or hackathons, is also a great place for networking.

After you’ve landed an interview, you’ll have to ace your interview. During the interview you will have to prove your programming abilities. Employers usually give you a test, or code challenge, to see what you’re capable of. Before diving into the challenge, make sure you understand the problem by asking questions to clarify. Then, as you go through the problem, explain what you’re doing and why. Employers want to see how well you can work through a problem and how well you can communicate how you solved the problem.

A few other tips for landing the job include dressing professionally at your interview, taking notes throughout the interview, asking what the next steps are during the hiring process, and following up the next day thanking the interviewer for the opportunity. If you don’t get the job, make sure you ask why. That way you can do better at your next interview.

Start Your Career as a Developer Today

Starting a career as a web or iOS developer is more attainable than ever thanks to online resources and coding bootcamps. If you’re asking yourself how to be a developer, consider the steps mentioned above: determine what kind of developer you want to be, get the skills you need, and start networking.