There aren’t many things that are worse than spending thousands of dollars (and several years of time) to become well versed in a field that is already overrun with experts. For this reason, it’s crucial to research job prospects and salaries for web designers before committing oneself to the discipline. Even in high-demand careers related to computer technology, one can never be too careful. Web designers are no exception.

With that in mind, we’ll take a look at the job outlook of web designers, to help you be prepared for the future.

But First, a Description

Of course, it would make sense to know exactly what web design entails before making the effort to delve into such details as web designer job outlook, prospects, and average salaries.

To start, you should understand that there is a difference between web designers and web developers—and that difference isn’t always recognized by employers. Many businesses use the terms interchangeably, so be sure to read through job descriptions and skill requirements when you’re applying for positions.

Technically, web developers are the people who take the concept of a website and turn it into a reality. Web developers can be divided into two basic categories: front end (those that focus on the site elements that are immediately visible to the user) and back end (the behind-the-scenes programming involving the communication between a database and its server). Both a front-end and back-end developer rely on various coding languages, such as HTML5, CSS, JavaScript, Ajax, Java, SQL, C#, PHP, and Python– with certain codes being better suited for certain tasks. There’s quite a bit more to it than that, but for the purpose of this post, that’s a good general description of web development.

What web designers do, on the other hand, has more to do with conceptualization. Web designers are usually heavily involved with layout and visual site elements. They work closely with clients and other decision makers to create an overall look for the site. They need to understand color theory, graphic design, and information flow. They design site templates, consider how to incorporate branding, and often rely heavily on graphics programs (such as Photoshop, Adobe InDesign, Illustrator, and Sketch).

But, just so you don’t think that “web designer” is always synonymous with “graphic designer,” you should be aware that web designers are also involved in the actual construction of the site.

Web designers help ensure that web pages function the way they’re supposed to. This is where web development and web design overlap somewhat. Many web designers also rely on coding languages to perform front-end development tasks, which is why a coding background is so important. 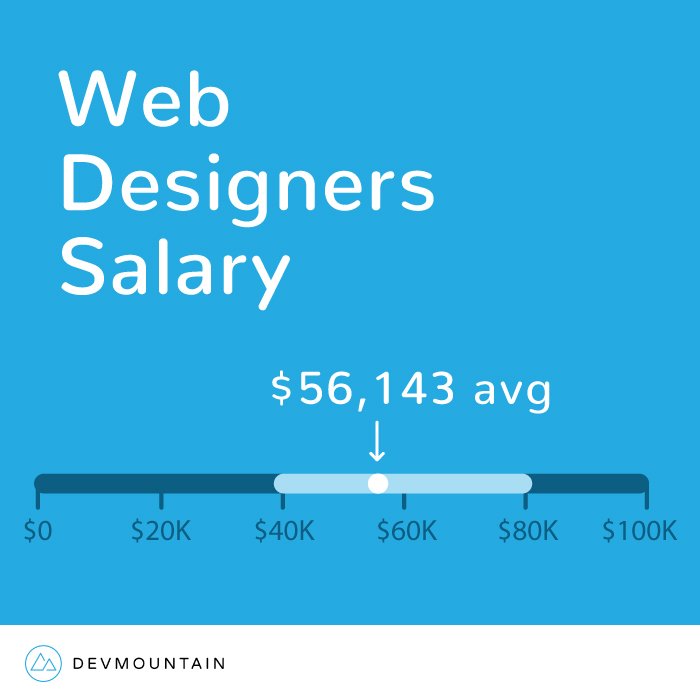 According to Glassdoor, the average web designer salary is $56,143 (with a low of $39k and a high of $80k). That said, experience can make a lot of difference in the pay that a designer may demand, and with the right background, you could make good money.

Obviously, pursuing a Computer Science degree through an accredited university is the most traditional route. College CS courses can give you a good background in theory and application, as well as teach you what you need to know regarding applicable systems, programming languages, and career management. That said, college isn’t the only path to becoming a web designer.

Many aspects of web design can be learned independently or even on the job, and there are also free or cheap courses for specific certifications available through small schools and community colleges. The more education a designer obtains—whether formal or otherwise—the better their design portfolio will be and the more they will stand out against the rest of the competition, leading to a higher salary. Just remember there are few things as important as an impressive portfolio, and some employers may overlook official certification and experience if your work can speak for itself.

Location can affect web designer salary as well. Big cities that serve as technological hubs will have greater demand for web designers, so the highest salaries can be expected there. For example, San Francisco and Seattle (two major tech hubs) are prime places for web designers, but less obvious places such as Minneapolis, Atlanta, and Dallas are likewise very web-designer friendly. In any case, big cities generally have more numerous and lucrative opportunities than small ones, but also keep in mind that we live in an increasingly digital world, and you may not have to live in or near a large city to telecommute to one. 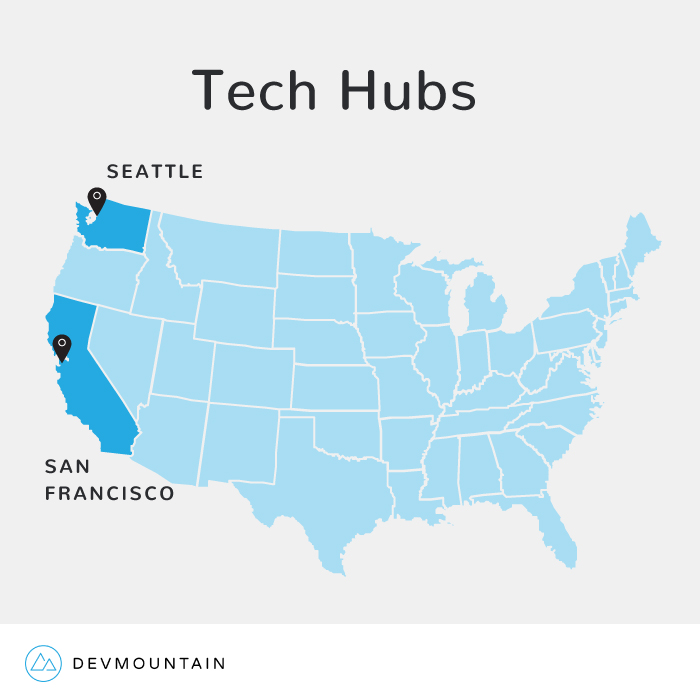 Due to the ever-growing nature and rapid speed of change in the industry, there are many different paths to a fulfilling career in web design. Some may start out as general designers and then come to specialize in graphic design or user experience. Others may move into managerial and senior roles that will require a level of comfort with leading a team. Design can also lead into development, which is another reason why it’s a good idea to have some coding experience. It’s entirely possible that designers may also go on to become creative directors, responsible for dreaming up new ways to make technology function well and astonish users.

Obviously, with more challenging and specialized positions, comesalaries on the higher end of the web designer pay scale. However, such rewards call for a great deal of dedication, patience, and constant improvement. After all, some senior and engineering positions can take up to ten years to obtain.

In any case, web design is not short on ways to progress; the potential for lateral movement is staggering.

Again, there are schools and community colleges that offer courses and certifications in web design that can get an interested person off to a great start. If attending a brick-and-mortar institution is impossible, inconvenient, or simply too expensive, would-be web designers may learn coding (and related) skills through immersive coding bootcamps.

Overall, the web designer job outlook is extremely positive, but as with any profession, the rewards of web design are dependent upon the efforts exerted by its practitioners.

3 Tips For Designers To Work Better With Developers

Am I A Designer Or Developer?

How To Become A Freelance Web Developer In 5 Steps