But what exactly is Web 3.0 and how’s it different from the internet we all know and use today?

In this article, we’ll talk about the differences between today’s internet and tomorrow’s internet as well as the skills developers and engineers will need to work in Web 3.0 in the future.

History Of The Web 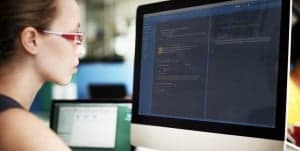 To understand what Web 3.0 really is, you have to start by understanding what Web 1.0 and Web 2.0 were and are.

If you can, think back to the early days of the web. Most websites were static pages of text with little to no design incorporated in them. They were mostly walls of text broken up by the occasional image or dancing baby gif.

But Web 1.0 isn’t really defined by the limited moving images or incredibly long load times. Rather, it’s defined by how communication worked in that medium. When it came to Web 1.0, websites were static. There weren’t a lot of ways for people to communicate with one another. Sure there were emails, but only those who were included in the email would see the message.

There was no comment section in blog articles, no social media group for people with shared interests, and no Twittersphere where you could shout your opinions into the feeds of others.

At best, you could build a blog, link to a blog you wanted to respond to, and write your own blog post in hopes the original blogger saw it.

Web 2.0 is also known as the social web.

This is a time when the web became more interactive. It’s also the web each of us interacts with every day. We have various social media profiles that we use for various reasons. We’ve got Facebook for keeping up with old high school friends. We’ve got Twitter for news. We’ve got LinkedIn for job networking, And we’ve got TikTok for determining whether it’s a bones day or not.

All of these platforms share one thing in common though.

Everyone on these platforms is both a consumer and a creator.

The two-way nature of Web 2.0 has allowed for greater amounts of online socialization, creativity, division, and idea-sharing across the world.

It has also allowed for the wide-scale use of our collective data for everything from suggested search results to targeted advertising to song recommendations.

It’s this data that’ll eventually pave the way to Web 3.0.

So, what does Web 3.0 do? As the internet stands now, content creation and consumption happen instantly, and data on those activities is usually collected, analyzed, and stored in specific locations. For example, Facebook stores massive amounts of user data in data centers around the world. Amazon and Netflix do the same.

But Web 3.0 is looking to change that by making the data more widely available and usable.

Let’s talk about how.

How is Web 3.0 different from Web 2.0 which we’re currently using? Well, in some ways it isn’t. But in other ways it is. Web 3.0 is meant to be ubiquitous and semantic all while placing a greater emphasis on artificial intelligence and 3D graphic visuals.

Let’s go into some more detail.

A ubiquitous internet is an instant internet. In this respect, Web 3.0 and Web 2.0 aren’t that much different. Right now, if you upload a picture to Instagram, your friends and followers can see it and interact with it instantly. Web 3.0 will do the same thing but on a much wider scale.

Right now, in the world of digital marketing, there’s a lot of discussion around a customer’s keyword intent. For example, if a lot of people are searching a particular phrase on Google like “Buy bitcoin,” it’s the marketer’s job to figure out what these searchers are looking for.

Do they want to learn how to buy bitcoin? Are they hoping to see the latest news stories on what’s going on in the bitcoin space? Are they looking for better platforms and tools that they can use to buy bitcoin?

Web 3.0 will do more to look at these kinds of searches and find similarities between what people search for and what they do with those queries to quickly and efficiently improve their internet experience in a way that we just don’t see currently.

The semantic analysis (and a lot of other elements of Web 3.0) will depend heavily on artificial intelligence which will help to further improve everyone’s internet experience.

Right now, reviews are mostly handwritten and analyzed based on who owns the particular reviews site. That means, if you’re sneaky enough, you and a group of people can write a bunch of negative reviews to try and harm a particular business or cause by making it seem like more people dislike them than is really the case.

AI will eventually make that more and more difficult to do as things like reviews will become more open sourced and algorithms will do a better job at sussing out suspicious reviews from authentic ones.

Most Web 2.0 interactions still happen within the two-dimensional space of your laptop, tablet, or phone. But the expectation is that Web 3.0 will begin to blur the lines between the real world and the internet by incorporating more devices that make use of 3D space. By adding 3D technology to the internet, it’ll help us see things from tourist monuments to medical conditions to sporting events in ways we’ve never seen before. 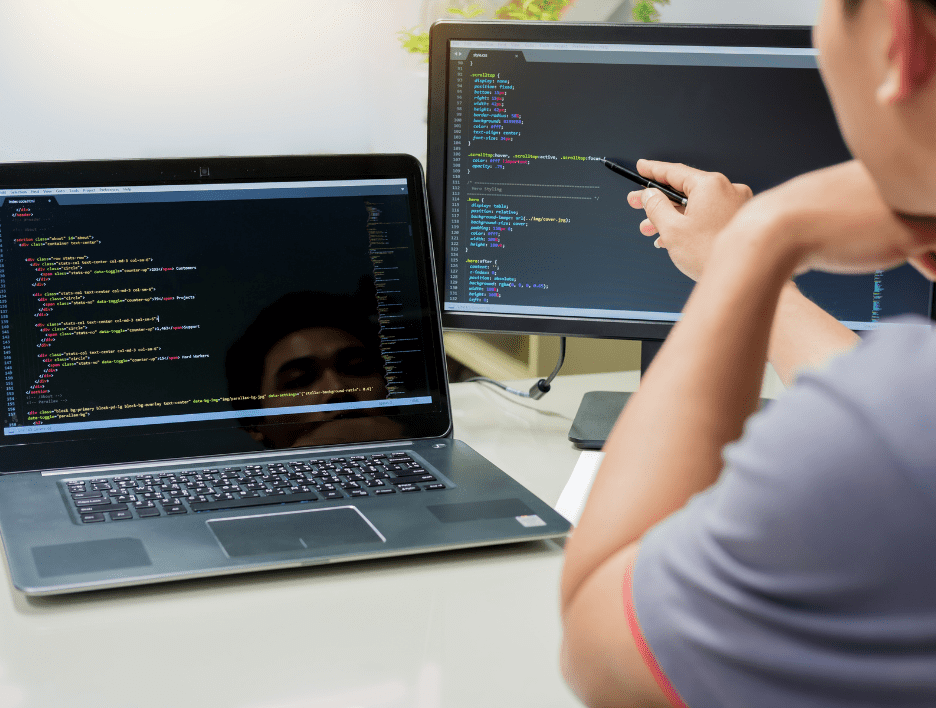 So Web 3.0 sounds pretty cool. But how far out are we until it’s mainstream? Are there versions of Web 3.0 that already exist? What does Web 3,0 look like in our day-to-day life?

While we can’t predict the future with any real specifics, we can say that Web 3.0 is probably closer to reality than a lot of us realize. For example, there are many proto-web-3.0 products and services that people regularly use right now.

What are some examples of current Web 3.0 products and services?

Here are just a couple of examples

Any sort of voice-activated virtual assistant counts as a form of Web 3.0. Sure Alexa may be buggy sometimes, but it’s using AI and semantic intent to try and help you accomplish whatever tasks you’re trying to do.

Wolfram Alpha is a computational answer machine that presents data to you that’s relevant to your search query. For example, type in “Child development,” and you’ll get a series of charts that explain a variety of developmental milestones as well as the average (and extreme) ages where children hit those milestones.

Rather than trying to determine what you’re looking for based on collective data, it’s using AI programming to provide you with openly available data.

Ever noticed how your smartphone can recognize the faces in your photos? Most smartphones have a feature that even lets you sort your photos by specific people without the need for tagging who’s in which photo.

This is a perfect example of the semantic analysis of Web 3.0 where your technology is trying to make sense of the data (in the form of photos you’re taking) means, and how you’ll want to organize and use that data later on.

A lot of the same people who work in Web 2.0 really. But the emphasis on the type of work they’ll be doing will change. For example, data science and data analysis will both take on a much larger role than they are even now. As companies begin to develop and perfect AI models, they’ll need more and more people with these skill sets.

Additionally, web development and software engineering languages capabilities will have to reflect this need for data and enhanced AI. We’re currently seeing a growing trend in languages like Python as it can be used for general development, but also for data analysis and data science.

Stay On Top Of The Newest Developer Trends With Devmountain

Technology is ever-changing, and whether you work directly in tech or simply work with tech, you should know what those changes are. Devmountain is working to help our readers stay on top of the latest trends in tech so they can stay relevant in their industry.

If you’re looking to break into tech, but don’t know where to start, consider taking one of Devmountain’s bootcamp courses. Our bootcamps offer courses in everything from UX design, python software engineering, data analytics, and more.